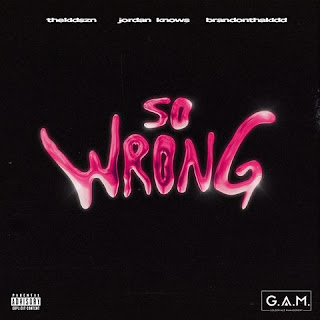 Talent and success at a young age can be a blessing and a curse. It’s easy for the age of a young artist to outshine the actual reason they’ve gotten where they’re at. 21-year old producer who is making his name ring bells. Jordan Knows is that talent, he isn’t your ordinary producer either. The high-caliber ability he has behind the boards is unbelievable. He’s produced for thekidszn multiple times and many more well-versed artists. His age does not live up to the experiences he has endured. We talked about the ups and downs in his life, his background in music, and much more below.

After my first release “wassup?” I thought it was time to release a new catchy song with a hook of thekidszn on it. Was stuck with this idea in my head of making an emo drill song. I wanted it to be different from the melodic sad trap songs but at the same time also the fresh/harder sound that drill gives. That’s how I came up with the combination. I send the beat to thekidszn, a few hours later I received his vocals back after I started to look who’s voice would really fit the song. Brandon thakidd really killed that verse. The rest was history!

I am involved within every part of the song process, from the loop, recording with the artists to the final mastering of the song. I really want to have everything the way I would like to listen to the song, cause If I really like it there will probably be more people that like it. Also, I think because I’m from Europe I really got influenced by a lot of different styles. We listen to afro/Latin/European & American songs over there.

Every time I can give an artist one of his better releases/songs it gives me the feeling that I’m really doing a good job and add something to the artists career. That makes me proud

Right now there is not a lot of family involved in my life because of all the work and traveling I do. I really miss them, but they know what I am trying to achieve. The same with friends, the people who I work with became my friends. But my actual real friends that I grew up with all study or live away different life from what I have right now, they don’t really care about all the music stuff. They are just there for me and that’s what I really appreciate about them.

Just try to have fun with what you do and who you do it with, set goals & take that first step! You don’t need a label or management to get in contact with artists & producers these days. You can create your own job & network thru the internet.

It is weird for me to realize that I have fans now that click on every song when It just dropped, I am so blessed to have you guys really like my music and support me in every way you all are doing. I wish I could meet all of them, hopefully, one day I will so I can thank them for what I have right now!

There is an EP coming up produced by me for thekidszn and also one for Lxst. Besides that I am also dropping songs with big artists over there where I come from in The Netherlands, I can’t say too much about it yet. But I expect things to be really big! I won’t forget about my US releases tho. I have a song coming up with a lot of features on it, a DJ Khaled type of anthem but in a Jordan Knows vibe ofcourse!

Related Topics:
Up Next

SONG OF THE DAY: PARADISE BY DYLHUTCH

Our redaction admires the talents behind the scene of the music industry. These persons in the shadow are the reason why we can listen to our favorite artists in the best conditions. We are talking about magicians like Tyler Pauley, a young producer.

The artist who got into the world of music thanks to “Emotions” is not ready to slow down any time soon as his creativity is speaking more than anything  The perfect track for the coming sunny days and fresh air into the industry.

Tyler Pauley, better known as “ProdbyPauley”, has the magic to deliver a real experience in the beats/music he produces. He explores a wide range of moods and feelings to deliver an outstanding artistic vision.Tyler Pauley has his place among the most creative producers who bring new vibes to the table. You should keep an eye on him and listen to his music right now.

The banger blends the perfect combination of instrumentation. An attractive and flawless artistic recipe.

Listen to it right now:

ANDREW NARVAEZ BLESSED THE WORLD WITH HIS SINGLE “FACETIME” 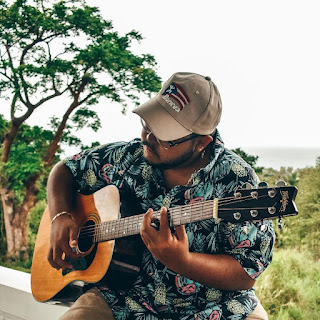 Andrew Narvaez is one of the most energetic and exciting artists from New Jersey, United States. When you listen to his music, you are instantly caught up in pleasant and addictive sensations. His single “Facetime’ proves that he is on the right path to becoming huge.

“Facetime” is a huge hit with crossing over 20K streams, which blends in melodic chill vibes and a strong dose of energy reign. The guitars are infectious, the vocal performance catchy and electrifying with its epic pop feeling. We admire Narvaez’s melancholic touch, which brings a creative element all along with the song.

This track is in fact one of the most mellow and meditative hip hop releases I’ve ever heard. The subtle pacing of the ambient backing music and Andrew’s soft-spoken delivery make for an avant-garde aesthetic. This almost reminds me of advanced poetry reading or performance art narration, and his voice is hypnotic and pleasant to the ears.

The production is crystal clear and professional. There isn’t a bunch of autotune or unnecessary processing. The title proves to be appropriate, as the backing beat indeed has a dreamlike and ethereal quality, with its modest-paced rhythm reinforcing the correct mood of the track.
Listen and enjoy:
Continue Reading 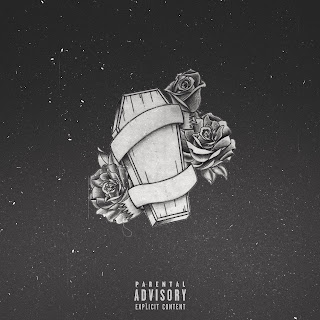 Start of a new month: we were looking for the freshest track to celebrate the fall. And here we are amidst a pure magical musical journey.

Today we have decided to give you a rare and memorable musical rap break. Indeed, when you are addicted to hip-hop, you tend to have very high expectations. Naits, which is our musical discovery of the day imposes itself effortlessly. Indeed, the artist who unveils his popular single “coffin girl” featuring fawlin, is a great surprise for us.

He demonstrates an ability to rap with impressive speed and timing. This is actually probably our favorite track in a long time now. With its emo-trap synth backing, vocal intensity, and action-oriented ambiance, it’s a very cutting-edge song.

Musically, the songs stir up feelings of sadness of losing near ones in life and not being able to see them anymore after they are gone. The beats have that healthy and vibrant springtime bounce and Naits’s passionate vocals are brimming with sweet sincerity.

In addition to being a good rapper technically, he has a voice that’s naturally pleasant and captivating. The mix also makes excellent use of backup vocal layering, which fills out the sound nicely and adds harmonic richness.