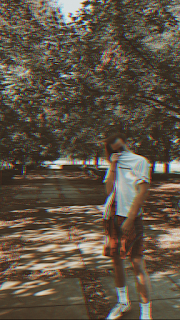 Remember that youthful energy you felt when you first heard Lil Uzi’s verse on DJ Carnage’s WDYW? I felt that similar energy the first time I heard Highjak’s music. A friend had sent me the Spotify link to his track, On My Way, and I couldn’t help but go crazy. After going through his discography, we had to link up with vert to discuss influences and what’s next!

“On My Way” is inspired by a time after a breakup when I was ready to get back into mingling with other people and meeting other girls after half a year of sitting back and recovering emotionally from the whole ordeal. The song paints a picture of my situation and the situation of many others, where the ex lover is most likely watching out for who the ‘new girl’ is that you’re going out with, and then telling everybody so that everyone who was once your friend through your ex-significant other now officially despises you haha. However, from the chorus you hear “you know they gon’ hate on us, but we don’t care what they say”. And I really didn’t. I was ready to move on.

2.What makes your music unique? And how would you describe it?
My music is unique because I am able to combine live instrumentation with really solid catchy songwriting. Most pop/hip hop artists don’t have a clue how to play an instrument so it really gives me a leg up in the game to stand out either in the studio or on stage. For example, I put the guitar on On My Way and wrote the hook and everything. When I combine that with the talents of Bergotti (Producer) and Kamaal Malik (Feature Artist), we come up with a crazy dope mix of indie guitar riffs, hip hop type drums, a catchy pop sounding hook, and rap vocals for the verse, all in one track. We use this unique mix of talents to stand out among other artists and it seems to be working so far!
3.Which is the best moment in your musical career that you’re most proud of?
I’ve been the lead vocalist/rhythm guitarist in a band called Captiva for about 6-7 years now. We are an indie/alternative rock band, have over 4 million streams on Spotify, and have toured around the MidWest. Back in 2015-2017 we did an awesome tour run of a couple festivals like SXSW, Backwoods Music Festival, and Fashion Meets Music Festival. I was under 21, playing at music festivals when I’d never even attended one before as an audience member. I’m a straight up hippie at heart and I really thrive in the festival environment so accomplishing all of that at such a young age was very surreal and definitely something I’m super proud of. If you wanna check out the band we are on all platforms and still releasing music!
4.How do you balance your music with other obligations – family, friends or work?
It’s so freaking tough man. Right now I’m a full-time student with a part-time job. I help manage a pop artist from Austin, TX named Kersty Ryan, have a new girlfriend, and I’m always trying to stay in touch with family and give them attention too, all while getting in the studio nearly 3-4 times a week sitting in on sessions or grinding out sessions for my own music. Basically, I have absolutely no idea how I’m keeping up with everything. I just keep moving, never give up, and never stop believing in myself. However, I wouldn’t be able to do any of it without the incredible support from the people around me (family, friends, fans). Knowing that others believe in my vision and believe I’m worthy of their support pours a full tank of gasoline on an already burning passion that I have for this music shit. And I ain’t slowing down anytime soon believe me. We’re just getting started.
5.What advice would you give to aspiring musicians?
My advice to aspiring musicians is that this shit doesn’t come free. It really grinds my gears when artists or producers think that if they work everyday on their craft alone, that they will one day blow up. NO. Hate to break it to you, but it doesn’t work like that. Yes, you need to have that work ethic in order to succeed, but on top of that you need to fiscally invest in yourself too to get your name out there. Save up a decent chunk of money and have a solid plan to execute on promoting all the music that you work so tirelessly on. Otherwise, all of that time goes to waste in my opinion because in this industry, nobody cares until everybody cares, and the only way to get everybody to care is by promoting yourself in any way possible and reaching as many people as possible. If you need help from someone, half the time, the game is sold not told. They are probably going to want you to pay them. If you want to make money off of music and make it your career independently, it takes money to make money plain and simple. Sounds like a lot because it is. If it was easy then everyone would be pursuing a career in music.
6.If you had one message to give to your fans, what would it be?
One message I would give to my fans is just thank you and don’t hesitate to reach out. I’m always open to talk and get to know yall better on a more personal level. Your support never goes unnoticed and has really helped me through some of the roughest points in my life. You all give me a purpose and a reason to live for real. I plan to continue on working my ass off to hopefully give back to all of you ten-fold one day!
7.What’s next for you? Any upcoming projects?
Yessir! I have a 6-song EP titled “Voices” dropping this month on March 28th! No matter what genre of music you like to listen to, I guarantee that you will enjoy at least one of the tracks on this project. Got a full-length album set to drop some time late summer as well that I’m super excited about! Big things to come!

Interview With Rising Artist : Rina B

Go to the Arqam options page to set your social accounts.